Dr Susewind is considered the absolute specialist in bariatric surgery - and a pioneer of innovative surgical techniques from the spectrum of minimally invasive surgery. In particular, his keyhole operations on the stomach repeatedly draw international attention. No question: The Centre for Obesity and Metabolic Surgery is the right place for people who are chronically overweight. 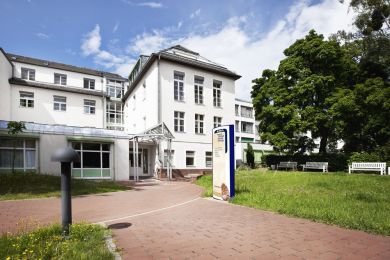 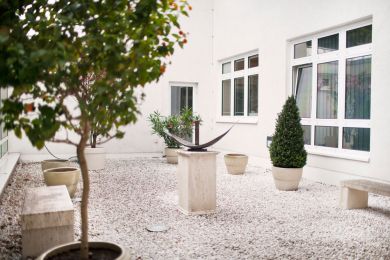 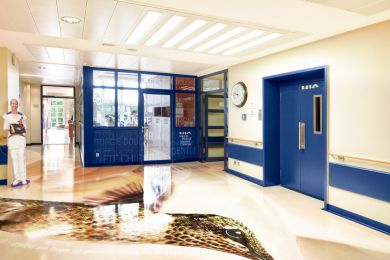 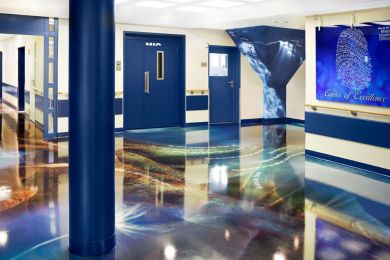 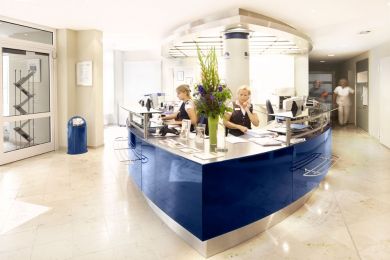 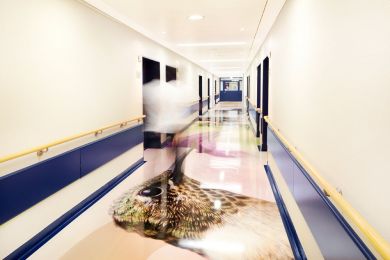 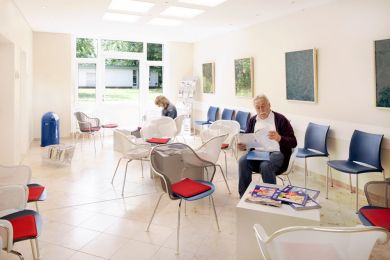 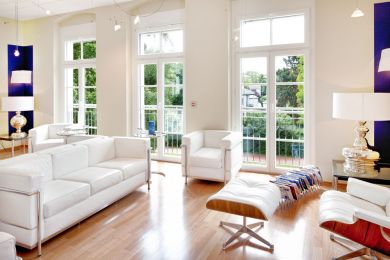 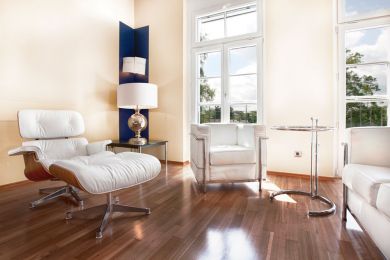 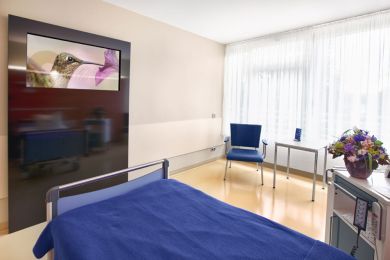 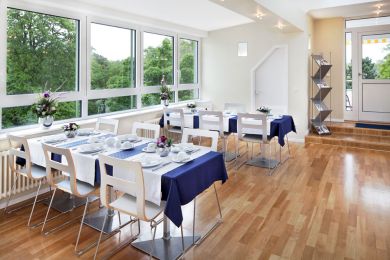 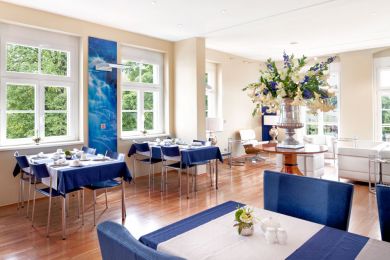 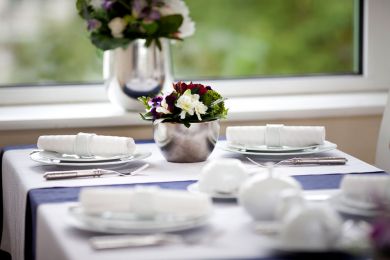 About us Dr. med. Martin Susewind

At the Centre for Obesity and Metabolic Surgery at the Clinic for MIS, there are several reasons that patients can rely on exceptional treatment. On the one hand, Dr. med. Martin Susewind, as head of the Centre, has a vast wealth of experience in all matters of professional support for weight reduction - on the other hand, as team leader for surgery at the renowned clinic, he is one of the best-known pioneers of minimally invasive surgery in German-speaking countries and thus also repeatedly sets standards in bariatric surgery. And finally, the Berlin institution has a highly competent team at the ready, which includes, for example, Dr. med. Gerold Koplin, another extremely experienced and highly accomplished specialist.

Those who want to embark on the journey to effective and lasting weight loss should rely on the help of experienced medical specialists. Berlin has a highly recommended location for exactly this case - namely a certified competence centre where obesity is treated at the highest level. Using a state-of-the-art approach, four treatment pillars have been developed at the Centre for Obesity and Metabolic Surgery at the MIS Clinic, through which the centre has attracted attention for individualised treatments with long-term success.

Obesity is a chronic disease that has significantly increased worldwide in recent decades. The realisation that it is a constantly progressing disease is already an important step. Then the following is clear: Anyone suffering from morbid obesity needs help - and should not wait too long to get it. The consequences can be serious: Cardiovascular disease and type 2 diabetes are the most common issues, but obstructive sleep apnoea, joint problems and even certain cancers can also occur. In addition, severe obesity massively reduces the quality of life and thus also increases the risk of clinical depression. And depression in turn leads to a higher risk of obesity.

So, to break out of this cycle, help is needed. However, anyone who thinks that, in a clinic that is one of the pioneers of minimally invasive surgery, the focus is mainly on the operation, would be completely wrong. Because surgery is always the last option at the Centre for Obesity and Metabolic Surgery at the MIS Clinic. Only if the body mass index is so high that the consequences for health leave no other solution, does the team led by Dr. med. Martin Susewind then opt for immediate bariatric surgery. Otherwise, the motto in Berlin is: Any therapy must be multimodal if it is to lead to success.

First, focus on the most important factor for healthy weight loss: diet. Food and drink plays a decisive role in all phases of therapy and far beyond. Therefore, longer-term nutritional counselling is an essential part of the therapy at the competence centre: Have symptoms of deficiency due to a wrong or one-sided diet already appeared? How to deal with food cravings - and how to avoid relapses? In high-level, professionally guided courses on nutrition, patients learn correct eating behaviour as well as new perspectives on how to shop for food.

The second pillar on which Dr Susewind and his team rely is behavioural therapy, which is always practically oriented. Obesity is often associated with disorders such as binge-eating, eating at night and grazing, which is eating almost continuously throughout the day. In therapy, symptoms of unhealthy eating behaviour are uncovered analytically and efficiently - as help for self-help. If the concrete behavioural problems are identified, patients often already hold a key to recovery in their hands - and thus create support for a new beginning.

The third treatment pillar of the Centre for Obesity and Metabolic Surgery is exercise. The Berlin obesity centre deliberately does not mention sports - because physical activities are usually difficult for obese people, which also contributes to a reduced quality of life. Therefore, the solution lies in finding exactly the kind of movement that suits the individual’s capabilities. With professional guidance, programmes can be created that bring back the forgotten fun of physical activity and thus show the patient some of the ways out of their disease.

Surgery as a last option: the highest level of surgical excellence

If you are midway in the low overweight range, you can often achieve a lot just with the support of the three pillars mentioned. Above a certain degree of obesity, however, conservative programmes alone are no longer sufficient. In order to achieve a significant reduction in body weight and an improvement in concomitant diseases, the last treatment option then comes into play - surgery. However, bariatric surgery does not replace the other pillars, but is in addition to them. And indeed, surgery alone can significantly improve blood glucose levels in type 2 diabetes. That is the basic idea behind metabolic surgery: That an operation on what is actually a healthy stomach can lead to significant improvement or even the disappearance of chronic metabolic diseases.

So the decision on whether an operation makes sense is made by Dr Susewind's team after detailed examinations and considerable deliberation - when there is not only a great benefit for the quality of life, but it will also bring about an improvement in chronic diseases and thus have a positive impact on life expectancy. And indeed, after surgery some people often no longer need medication.

The quality of the surgery is crucial if such prognoses to come true. And this is exactly what the Berlin clinic is internationally known for: When it was founded, the facility in Berlin-Zehlendorf was the first ever specialised clinic for minimally invasive surgery. And in 2000, the international professional world looked to the German capital, because that was when the Clinic for MIS lived up to its reputation of being a pioneer in modern high-performance medicine: It featured the most modern technology-based operating theatre in the world.

The clinic remained true to its pioneering medical achievements - even more so: More than two decades later, the clinic can look back on thousands of successful operations. "The operations are carried out faster and more safely than in any other facility," emphasises the clinic itself - and: “It was in MIS that today's gold standard of surgery found its European surgical origin.”

Dr. med. Martin Susewind, who has been on board since January 2001 and is thus a pioneer of modern minimally invasive surgery, not only stands for exceptional surgical quality and the successes of the Centre for Obesity and Metabolic Surgery, but as team leader for surgery, the international reputation of the institution in the Berlin-Brandenburg metropolitan region is his responsibility. It is no wonder, then, that his obesity centre is regularly certified by the German Society for General and Visceral Surgery.

After all, Dr. med. Gerold Koplin has been part of the highly qualified team at the Berlin obesity centre since 2016. Dr Koplin, who previously worked at the Charité in Berlin, is a perfect fit for the clinic and its certified centre of excellence: The experienced specialist, who is also well-versed in topics such as reflux and hernia surgery, gained substantial international experience with practical years in Hong Kong, Jamaica and in New York - and is also considered a top expert in minimally invasive surgery.

So anyone who has surgery done at the MIS Centrefor Obesity and Metabolic Surgery can rely on innovative solutions, not only when it comes to the choice of minimally invasive surgical technique - the best possible care is also guaranteed when it comes to the means used to combat obesity in the long term. The most common operation performed by Dr Susewind and his team is stomach reduction - whether by gastric bypass or a gastric sleeve. Not only is less food consumed, but the operation also alters the hormones that cause feelings of hunger later on.

In addition to "Roux-en-Y bypass", also called proximal bypass, and omega loop bypass, the Berlin specialists also use a version of the bypass called SADI-S surgery. This is often used when the weight loss after gastric sleeve surgery is not proceeding as desired. The gastric sleeve, on the other hand, is the most widespread surgical method of bariatric surgery worldwide. In its modern form, the gastric band, which has also consistently undergone further development at the Zehlendorf obesity centre, also offers numerous advantages. And last but not least, there is the gastric balloon: This is placed endoscopically and usually helps to improve the condition of patients with particularly severe obesity to point at which a sustainable operation is then possible.

Since obesity is a chronic disease, after a while some people may need another operation - this is called revision surgery. Dr. med. Martin Susewind and his team also have a high level of expertise in this area, which can correct insufficient weight loss. After all, with obesity, surgery is never enough - what is always required is an individual multimodal therapy concept that only promises success under professional guidance. Therefore, the aforementioned treatment pillars also come into effect after a procedure, sometimes only then to a satisfactory extent. And after an operation and a change of diet, some patients not only feel like exercising - but actually doing sports.