Here you will find medical specialists in the field Lung cancer surgery. All listed physicians are specialists in their field and have been carefully selected for you according to the strict Leading Medicine guidelines. The experts are looking forward to your inquiry.
see full article

Lung cancer is caused by rapidly growing abnormal cancerous cells that develop in the lung tissue. Surgery designed to remove all or part of an affected lung may be performed by making an incision on one side of your thorax (chest), using a surgical procedure known as a thoracotomy. Approaching from the side is the best way to keep clear of vital organs in the chest, such as the heart and the spinal cord.

Once an incision has been created, how much of the lung is removed will depend on the kind of cancer present, as well as its location and the extent to which it has spread.

Keyhole surgery is a more modern technique that can be used for some types of lung cancers. This minimally invasive intervention, normally known as VATS surgery (video assisted thoracoscopic surgery), requires just some small incisions between the ribs. 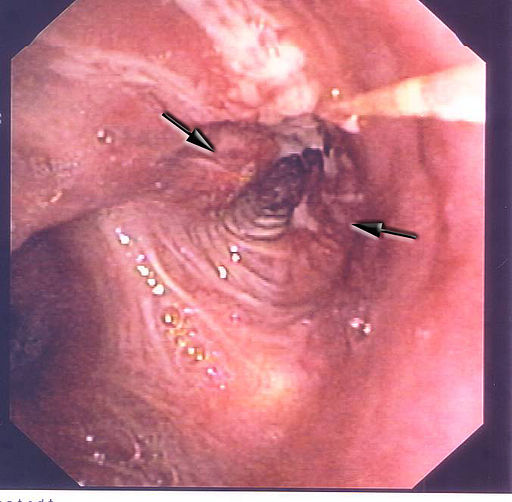 Narrowing of the bronchus by a carcinoma

Lung cancer surgery is commonly offered by specialist private health clinics, which are in some cases managed by universities, insurers, mutual societies or religious institutions. In addition, there are state-run hospitals (such as the UK’s NHS), which also employ skilled surgeons who specialise in various kinds of lung surgery.

What does lung cancer surgery help with?

According to your needs, your non-small cell lung cancer may be treated by the following surgical procedures:

After lung surgery, a chest tube is used to ensure that blood and fluid drain from your chest cavity in order to help your lung function by making it easier for your lung to refill with air.

A video-assisted thoracoscopic surgery (VATS) may be performed as an alternative to a thoracotomy, or before that procedure takes place. VATS surgery uses a tiny camera in a long, thin tube (videoscope) together with some specialised micro-surgical instruments inserted through small incisions made between your rib bones.

When is lung cancer surgery used?

What are the risks of lung cancer surgery?

Are there alternatives to lung cancer surgery?

In some circumstances, your doctor may not recommend surgery if the lung cancer is very close to any of these organs or structures:

Depending on your particular circumstances, the following treatments may be recommended instead of surgery for a non-small cell lung cancer:

Small cell lung cancer is not generally treated by surgical intervention but may respond to:

You may wish to ask your doctor about new, emerging treatments that are currently being tested in clinical trials.