Inguinal hernia is the most common form of hernia. Here you will find qualified hernia surgeons for the treatment of inguinal hernias. All listed physicians are specialists in their field and have been carefully selected for you according to strict guidelines.

Inguinal hernia is the most common form of hernia. An inguinal hernia, also referred to as groin hernia, is a visceral or bowel hernia in the region of the inguinal canal, in which a gap forms in the abdominal wall in the inguinal or groin region, through which bowel parts, which are still enclosed by the peritoneum, protrude outward from the abdominal cavity. The gap that has been formed in an inguinal hernia is also referred to as hernial orifice. The peritoneum, which, along with the bowel parts contained in it, protrudes outward through the hernial orifice in the abdominal wall like a pouch, forms the so-called hernial sac. The protruded bowel parts enclosed in the peritoneum, including for instance parts of the intestine, constitute the so-called hernial contents. 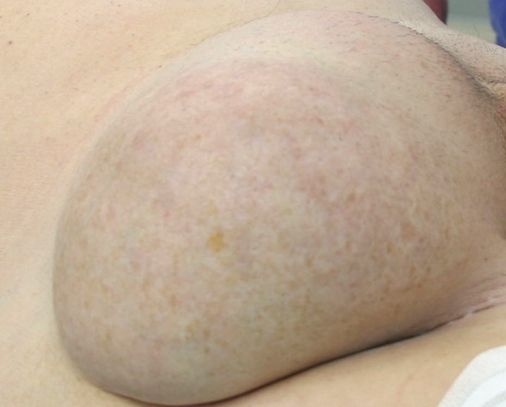 An inguinal hernia typically manifests itself in the form of a visible and palpable protrusion in the inguinal or groin region, which can normally be easily pushed back inside and protrudes distinctly particularly in the evening and after physical strain. Besides this, symptoms such as a feeling of pressure and mild dragging pain, which intensify upon increased pressure in the abdomen, for instance when coughing, sneezing, pressing (e.g. when defecating on th toilet), and also upon physical exertion, often occur in the inguinal region in connection with an inguinal hernia. Serious complications can occur in connection with an inguinal hernia if the bowel parts in the hernial sac get incarcerated or stuck in the hernial orifice. In this case, intense pain and sometimes nausea and vomiting occur. In the worst case, there is a risk of bowel occlusion, which may result in bowel rupture and peritonitis.

An inguinal hernia is normally diagnosed in the scope of a case history interview, in which the physician asks the patient targeted questions regarding his symptoms and complaints, and in the scope of a subsequent physical examination in which the physician examines and carefully palpates the patient's inguinal or groin region. In addition, further examinations can be performed for diagnosing an inguinal hernia, such as for instance an ultrasound examination (sonography) or a magnetic resonance tomography (MRT). The purpose of these is to be able to better assess the inguinal hernia and rule out other diseases.

An inguinal hernia is normally treated operatively in the scope of hernia surgery, since it never regresses spontaneously, but will rather increase in size over time, and since there is a risk of bowel parts being incarcerated or getting stuck. Only in the case of high-risk patients, e.g. patients of very high age or with serious concomitant diseases, will the doctor attempt to monitor the condition conservatively. As for hernia trusses, doctors normally have a low opinion of these. 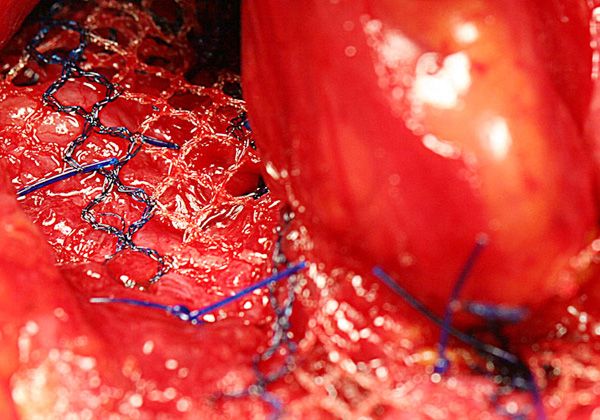 In the inguinal hernia operation, which can either be performed as minimally invasive surgery, i.e. with endoscopic or laparoscopic procedures, or conventionally in the scope of an open intervention, the hernial contents are first displace back into the abdominal cavity, and the hernial orifice in the abdominal wall is then closed. To close the hernial orifice, either a pure suture procedure in which the inguinal hernia is treated and reinforcement is accomplished with sutures can be used, or, much more commonly, a procedure in which a light synthetic mesh is employed can be used.