Here you will find medical specialists in the field Cerebral aneurysm surgery. All listed physicians are specialists in their field and have been carefully selected for you according to the strict Leading Medicine guidelines. The experts are looking forward to your inquiry.
see full article

Brain aneurysm repair is a surgical procedure used to treat a bulging blood vessel in the brain, which may burst open (rupture). An aneurysm occurs when a blood vessel wall becomes thin and then bulges outwards. Aneurysms often occur without symptoms and thus tend to remain undiscovered until they rupture. Unless treated, an aneurysm could lead to a stroke or brain damage. Once an unruptured aneurysm is detected, your doctor will usually wish to repair it without delay. 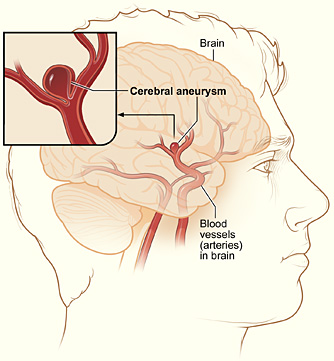 Neurosurgery is commonly offered by specialist private health clinics, which are in some cases managed by universities, insurers, mutual societies or religious institutions. In addition, there are state-run hospitals (such as the UK’s NHS), which also employ skilled neurological teams who specialise in various kinds of brain surgery.

What does brain aneurysm surgery help with?

Brain aneurysm surgery is designed to remove the risk of a rupture (burst), which might otherwise cause:

When is brain aneurysm surgery used?

Brain aneurysm surgery is used when a brain aneurysm has ruptured, or where your doctor considers there is a risk it may do so. There are two methods of performing this surgical intervention:

Neurosurgical clipping is performed under anaesthetic. The procedure involves making an incision in your scalp (or sometimes on your forehead just above your eyebrow) and then removing a flap of bone to gain access to your brain.

Once the aneurysm is identified, the neurosurgeon will clamp it shut with a very small metal clip that will remain permanently in position. Once the procedure is finished, the bone will be replaced so the incision can be stitched together.

The blood vessel lining will then heal and seal off the aneurysm, which will then be unable to grow or rupture in the future. In more complex instances, a bypass procedure is used to divert the blood flow around the clamped aneurysm.

Endovascular coiling is also mostly performed under anaesthetic. During this less-invasive procedure, a thin catheter tube is placed in an artery within your groin or your leg. The catheter is then carefully guided through your body’s vascular system (blood vessels) until it reaches the site of the aneurysm.

Very small coils of platinum are then passed through the catheter and into the aneurysm. When the aneurysm has been filled with these coils, no further blood can enter. As a result, the aneurysm is sealed off from its main artery blood supply, which prevents any further growth or risk of rupture.

What are the risks of brain aneurysm surgery?

As with any surgical procedure, brain aneurysm repair carries certain risks, which include:

A surgical intervention involving any individual region of the brain may result in difficulties with speech, memory, vision, balance, coordination, muscle weakness and other functionality. Such problems could be slight or severe, and may be temporary or may perhaps prove to be longer lasting.

Symptoms of neurological problems involving the brain and nervous system may include:

In the majority of instances, the risk of opting not to have a brain aneurysm repair is far greater than any of the risks associated with the procedure.

Are there alternatives to brain aneurysm surgery?

While your brain aneurysm is unruptured and if your risk is therefore considered low, your doctor may recommend an ‘active surveillance’ approach, coupled with other lifestyle measures in order to properly assess your condition and thus predict any likely developments.

If applicable, this would mean recommending you give up smoking, and would include the introduction of a diet and exercise strategy to optimise your general health. These measures would include checking your blood pressure and perhaps prescribing anti-hypertension medication if your levels were considered abnormally high.

In addition, your doctor would arrange for regular brain imaging to check on the size and rate of growth of your brain aneurysm. This would involve brain scans using magnetic resonance imaging (MRI) or computer tomography (CT) techniques or perhaps angiography (creating a detailed image of your blood vessels).