Prof. Samii is an esteemed neurosurgeon - for the head and brain as well as for the spine. As an internationally renowned specialist, the Vice-President of the INI is also one of the world's leading neurosurgeons in research and teaching. 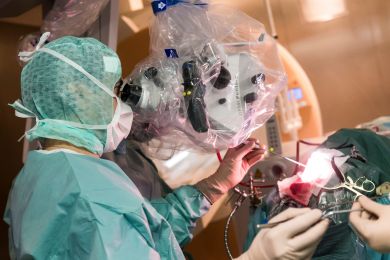 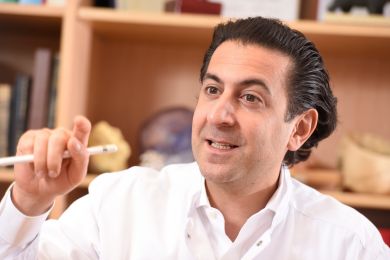 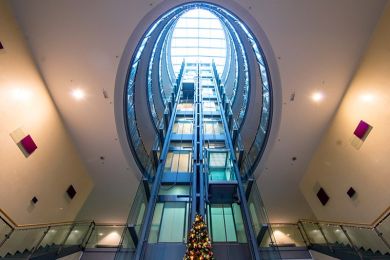 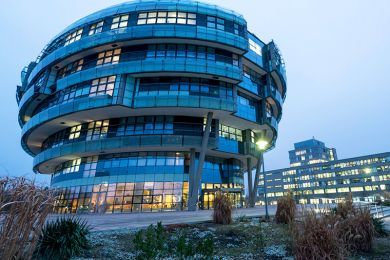 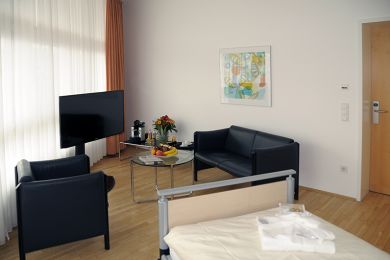 About us Professor Amir Samii, M.D.

The International Neuroscience Institute - Hanover is a world-famous neurosurgical institute with internationally renowned neurosurgeons and highly specialized modern equipment for diagnostics and therapy. Due to its expertise, the INI-Hannover is a reference center of the World Federation of Neurosurgical Societies for the training of neurosurgeons from all over the world. The INI's patients come from the Hanover region, Germany and in 50% from abroad. Therefore, the institute is internationally oriented in every respect.

The architecturally extraordinary building of the INI in the shape of a brain has a capacity of 96 normal inpatient beds on 4 wards for the accommodation of patients. There are 14 beds in the intensive care unit. The institute has a total of 6 operating theaters with cutting edge technology for all types of neurosurgical interventions. This also includes 2 hybrid operating rooms with intraoperative MRI (Brainsuite®), as well as with intraoperative CT and a biplane angiography system. The operating theaters provide the most modern surgical microscopes, endoscopes, navigation systems and neuro-monitoring units.

Following the interdisciplinary philosophy of the institute, all relevant specialist areas are anchored in the institute in addition to neurosurgery, e.g. neurology, anesthesia, orthopedics, internal medicine, oncology, ENT, ophthalmology and dentistry. This

enables diagnostics and therapy from “one hand” for the benefit of the patient. The institute is certified as a center for skull base surgery according to the GSB guidelines.

The International Neuroscience Institute - Hanover also offers the possibility of modern computer and robot-assisted neurorehabilitation in combination with neuromodulation (TMS and electrical).

The INI is located in the heart of the Medical Park in Hanover and thus has a direct clinical, scientific and infrastructural connection to the institutions represented here.

Presently he serves as Vice President of the China International Neuroscience Institute in Beijing, Head of the “Intraoperative Mapping and Visualization of the Human Brain” Program of the Leibniz Institute for Neurobiology-Magdeburg and as Professor of Neurosurgery at Hannover Medical School where he received the venia legendi for experimental neurosurgery and became Privatdozent (Associate Professor) already at the age of 31.

Prof. Samii has published more than 150 peer reviewed scientific papers, numerous book chapters and he has editorial functions in several important neurosurgical journals. He is a fellow of the Leibniz Institute for Neurobiology in Magdeburg, received the Honorary Membership from several international neurosurgical societies and is Honorary Professor of the renowned Burdenko Institute in Moscow. He has served as invited speaker in scientific conferences and educational courses all over the world and made more than 250 presentations in the last 15 years. Prof. Samii has been Visiting Professor at distinguished international universities. Since 2013 he is elected member of the administrative council of the World Federation of Neurosurgical Societies.

Prof. Samii dedicated his early scientific work to experimental evaluations of the pathophysiology and neurometabolism of traumatic brain injury. During the last 25 years he has focused increasingly on the surgical integration and scientific evaluation of image-guided surgery and intraoperative visualization. In this context he developed cutting-edge concepts for hybrid operating rooms at INI-Hannover and in China together with industrial partners. In the last two and a half decades with several thousands of surgeries he has specialized in complex skull base surgery, in neuro-oncological surgery and minimal-invasive and complex spine surgery. Prof. Samii’s clinical and scientific contributions extended moreover into the field of hearing restoration with neurobionic implants (auditory midbrain and auditory nerve implants). In an interdisciplinary and multi-institutional effort he has received significant funding with national and international grants.

The interior design of the International Neuroscience Institute imparts the feeling of a luxury hotel such that patients often forget that they are in a hospital.

Membership in professional associations and societies