Specialist for reconstructive andrology and intimate surgery in Vienna

Having specialised entirely in men’s problems in the genital area, Dr Kuehhas has gained an international reputation for such a clear focus in reconstructive andrology. He is regarded as an empathetic, discreet and absolutely professional expert who has also made an excellent name for himself in the professional world by performing complex operations on the penis. 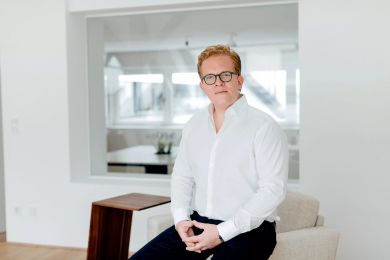 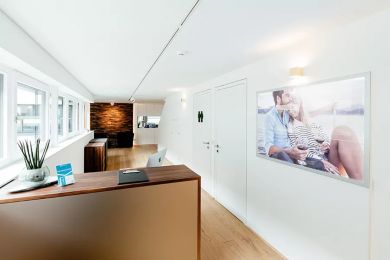 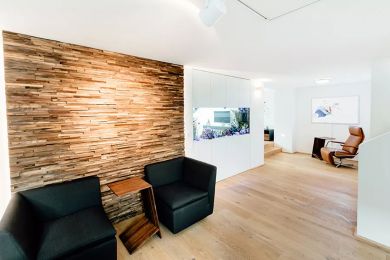 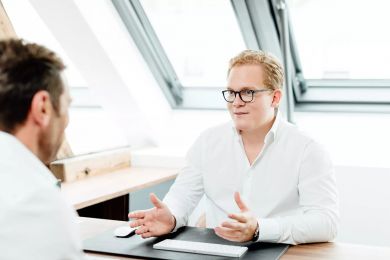 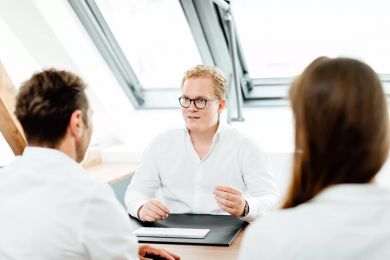 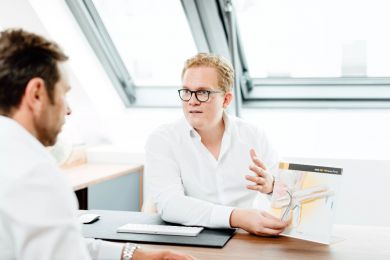 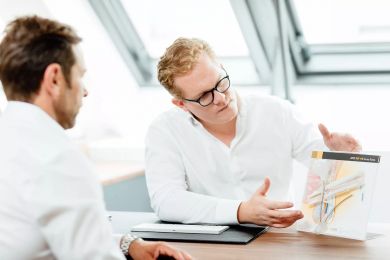 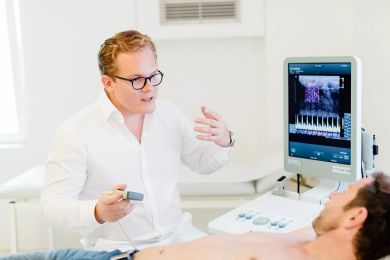 Dr med. Franklin Kuehhas focuses with great dedication on a single area that most specialists tend to disregard: As a highly specialised physician, he has devoted himself entirely to reconstructive andrology – primarily performing operations on the penis. Especially when it comes to complex operations in the field of intimate and genital surgery, his expertise is in demand. So it’s no wonder his medical practice in Vienna’s First District is one of the top international addresses for male genital surgery.

Unfortunately, many men don’t always take their own health seriously. When it comes to intimate problems, many men shy away from talking to their family doctor or urologist because they often feel embarrassed to talk about the problem.

Dr med. Franklin Kuehhas is a specialised andrologist with whom men can openly discuss their problems with the “male member” – whatever their concern. Only then is treatment possible – with an ultimate solution to the problem. Professionalism and discretion are of course a top priority in his medical practice.

Dr Kuehhas has acquired special expertise in surgical treatments in the area of the male genitals. As an expert in reconstructive andrology, he treats both congenital and acquired diseases of the genitals – which in many cases entail not only functional limitations but also a high degree of suffering. Since the appearance of the intimate area is also of central importance for the male sex, another focus of Dr Kuehhas is on aesthetic intimate surgery.

Dr med. Franklin Kuehhas is a member of various international medical societies and a lecturer at congresses all over the world.

Dr Kuehhas trained as a specialist in urology and andrology at the long-established university hospitals in Heidelberg and Vienna – where he was already able to focus on male genital surgery. His special training at the renowned University College London led him towards reconstructive andrology. Today he is considered a recognised specialist in this field.

In the course of his continuing education, Dr Kuehhas has extensively studied the subject with the aim of improving established surgical techniques thanks to his specialisation in the treatment of penile curvature – which has also resulted in numerous academic publications on the topic.

Andrologist with medical practice in Vienna

In the medical practice in Vienna’s city centre, emphasis is placed on a discreet and private atmosphere. The bright and friendly reception plus cosy and relaxing waiting area are designed to make patients feel at ease and dispel negative feelings. Dr Kuehhas and his highly professional team create a setting that allows patients to talk about their problems openly and without any reservations.

Genital surgery calls for special sensitivity in diagnostics. No matter whether this involves a medically indicated problem or simply an aesthetic issue – complaints are almost always associated with a high degree of suffering. On top of this comes functional restriction – which also requires great sensitivity.

The medical practice’s state-of-the-art equipment allows Dr Kuehhas a precise diagnosis, an exact anamnesis and a wide range of therapy options. The good news: Modern medicine today has a solution for almost all problems in the male genital area. The earlier men go to the doctor with their problems, the better the chances of a cure.

One of Dr Kuehhas' specialities is the treatment of penile curvature. A distinction must be made between two types of curvature: While congenital penile curvature, as the name suggests, exists from birth, acquired penile curvature only occurs in the course of life.

Both forms of penile deviation can not only cause functional problems, but also put a strain on mental well-being and self-esteem – which also has a massive impact on sexual life.

Dr Kuehhas has been able to successfully treat many patients with penile curvature – thus restoring quality of life in the area of sexuality to numerous men.

Peyronie’s disease is more common than is often assumed. Nevertheless, there are good treatment options for Peyronie’s disease – provided you turn to a specialised doctor with the acquired penile curvature, who not only listens attentively, but is also familiar with the diagnosis as well as the individual therapy.

Dr Kuehhas is familiar with the entire range of treatment options. Depending on the stage of the disease, conservative approaches such as medication or physical measures are used, or a surgical correction of the curvature of the penis is performed. Here, the specialist with all his experience has various surgical techniques at his disposal, of which Dr Kuehhas – always in consultation with the patient - selects the most promising.

In the case of congenital curvatures, unfortunately neither medication nor devices such as penis extenders and vacuum pumps lead to an improvement. Only surgery can straighten things out.

Dr med. Franklin Kuehhas plays a real pioneering role in the further development of surgical techniques. Through his scientific input, he was instrumental in development of the so-called STAGE technique – with which higher straightening rates can be achieved compared to other approaches such as the classic Nesbit technique and which emphasises the minimum possible loss of penis length. The incision and grafting technique – a surgical method developed by the Brazilian surgeon Dr Paulo Egydio with the aim of retaining length – was learned by Dr Kuehhas directly from him in the course of a collaboration.

Erectile dysfunction affects many men. The reasons for the potency problems can have many different causes. Many patients who come to Dr Kuehhas have already had frustrating attempts at therapy. These may even lead to depressive states and – owing to fear of failure – sometimes a complete renunciation of sexuality. Consequently, erectile dysfunction often results in massive relationship problems.

If conservative treatment methods have been exhausted, the implantation of a penile prosthesis can be the solution to the problem. However, the penis itself is not replaced by the prosthesis – only the tasks of the no longer functioning erectile tissue are taken over by an implant. The ability to orgasm and emotional life remain completely intact. Even children can be conceived with a prosthesis – provided no other disease is present.

An erectile tissue implant provides treatment for severe cases, but has some of the highest satisfaction rates among patients and sexual partners – ensuring a return to the pleasure of intimacy and sexuality.

Other aspects that Dr Kuehhas treats in the context of men’s health include medically indicated corrections of urogenital malformations as well as aesthetic procedures in the intimate area. For example, Dr Kuehhas helps adult men suffering from untreated hypospadias (opening of the urethra on the underside of the penis) to have a cosmetically normal penis during a surgical procedure – just as he cuts a shortened foreskin frenulum (frenulum breve) during an outpatient procedure.

Circumcision in adult men encounters the realm of aesthetic medicine. Although circumcision can also have medical reasons, many men have themselves circumcised for religious, cultural, hygienic and also aesthetic reasons. Dr Kuehhas is one of the few urologists who also offers foreskin-preserving circumcision as an alternative to conventional circumcision. Instead of removing the sensitive foreskin completely or partially, he only removes part of the skin on the penis shaft.

Because the appearance of their genital area is of central importance to men, Dr Kuehhas has also specialised in aesthetic procedures in the male genital area. Dr Kuehhas knows that a penis that is perceived as too small can have a negative impact on a man’s self-confidence and sexuality. If the visual impression is improved, this often also enhances the sexual life.

Surgical penis enlargement is the only medically proven method to enlarge a man's penis. Penis thickening and glans penis thickening round off the appearance. Scrotum lifts, the removal of excess skin (scrotoplasty) or fat deposits in the pubic area are also part of the aesthetic medical service spectrum.

Alongside the focus on surgical treatments, Dr Kuehhas also covers aspects of classical andrology and urology in his medical practice. This can involve the professional clarification of an unfulfilled desire to have children or – if family planning has already been completed – a vasectomy as the most effective contraceptive method.

Whether it’s about problems with premature ejaculation or simply about prostate care – in other words, the recommended prostate check: Anyone who talks openly about their problems and also takes care of their own health as a man has already taken the first important step. Especially when he enters the welcoming ambience of Dr Franklin Kuehhas’ medical practice.