PAD - Symptoms, Causes, Treatment | Finding the Right Doctor for You

Peripheral artery diseases, shortened to PAD, is a chronic circulatory condition. Due to a narrowing of or obstruction in the arteries in the legs, blood circulation within the legs becomes impaired. Typically, the first sign of PAD is pain while walking and a decreased ability to walk. The main cause of this condition is atherosclerosis.

Here you can find information about the symptoms, cases, diagnosis, and treatment of PAD as well as recommended PAD specialists.

Definition: What is PAD?

Peripheral artery disease, or PAD for short, is a chronic circulatory condition. Sclerosis of the leg arteries leads to circulatory disorders and thus a lack of oxygen in the legs. This causes pain while walking and limited mobility.

Those affected by PAD are forced to rest after walking a certain distance until the pain has subsided. They may need to stop in front of shop windows at intervals while out shopping. 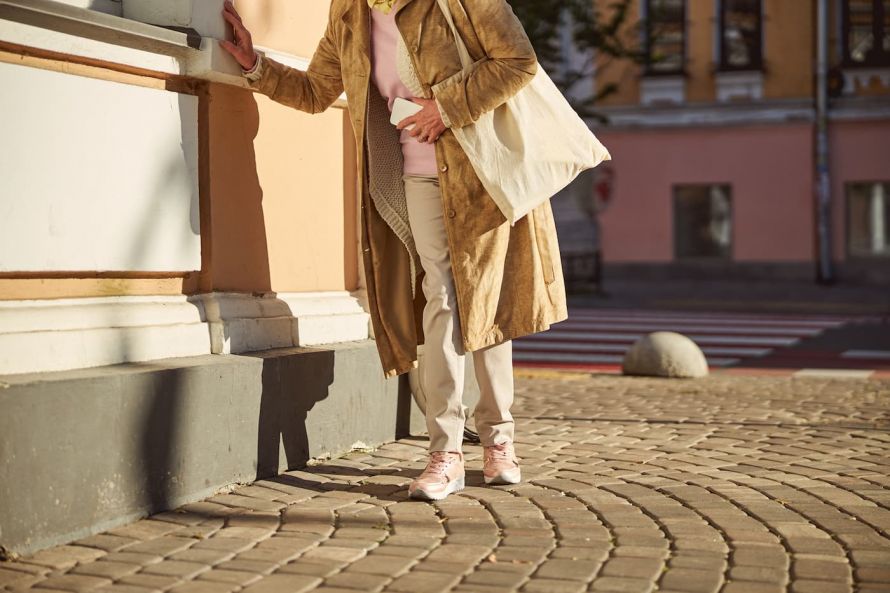 PAD is also referred to medically as claudicatio intermittens (latin for temporary limp). Colloquially, this condition is also known as smoker’s leg, because smoking is an important risk factor.

PAD is a wide-spread vascular disease. According to the German Society for Angiology (DGA), some 4.5 million people in Germany suffer from PAD. In people who are 65 and older, about 20% are said to be affected by it. Smokers in particular often suffer from PAD. 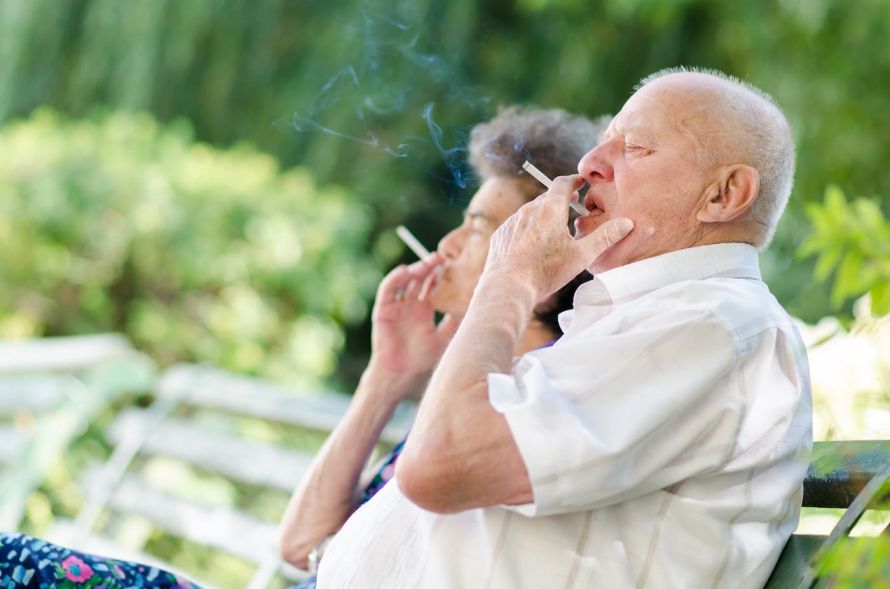 Causes and Risk Factors of PAD

Peripheral arterial disease develops because of a narrowing (stenosis) of or blockage (occlusion) in the arteries of the legs. In 90% of cases, vascular calcification, also known as atherosclerosis, is responsible for it. The other 10% of cases are attributable to inflammatory vascular conditions.

To learn how atherosclerosis and PAD develop, watch the following video:

The symptoms depend on how severely the blood vessels have become narrowed or blocked. In the early stages of the condition, the narrowing of the leg arteries is not quite pronounced, so it does not cause many symptoms.

Only when the blood vessels have been narrowed to such an extent that the tissue cannot be supplied with sufficient nutrients or oxygen does pain and discomfort occur. Typical symptoms of PAD include: 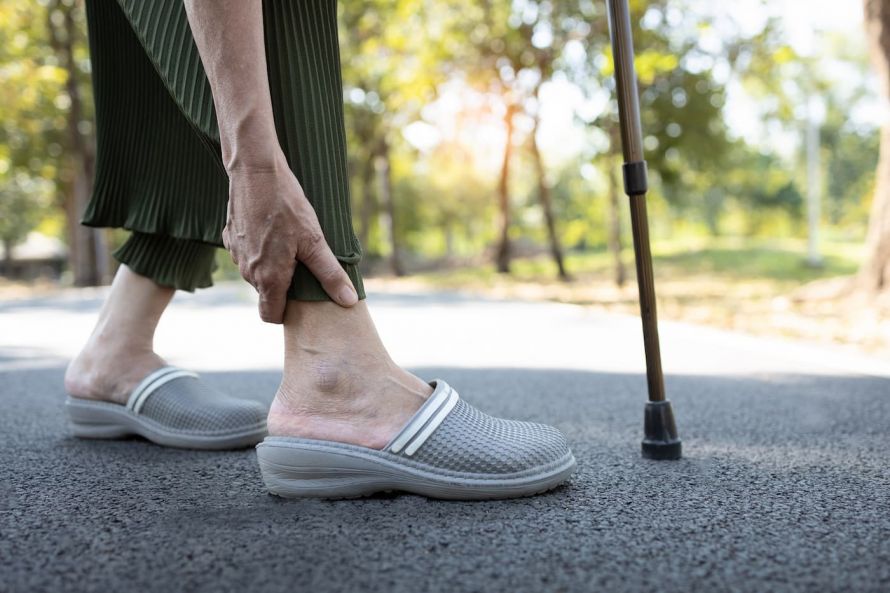 Calf pain is a typical symptom of PAD © Satjawat | AdobeStock

Other common symptoms of PAD are

In advanced stages, serious complications like lower leg ulcers and necrosis of the tissue in the toes, ankles, and heel can occur due to a lack of circulation.

Since PAD is caused by atherosclerosis in most cases, PAD patients are also at an increased risk for heart attack or stroke. Heart attacks are the leading cause of death in PAD patients. 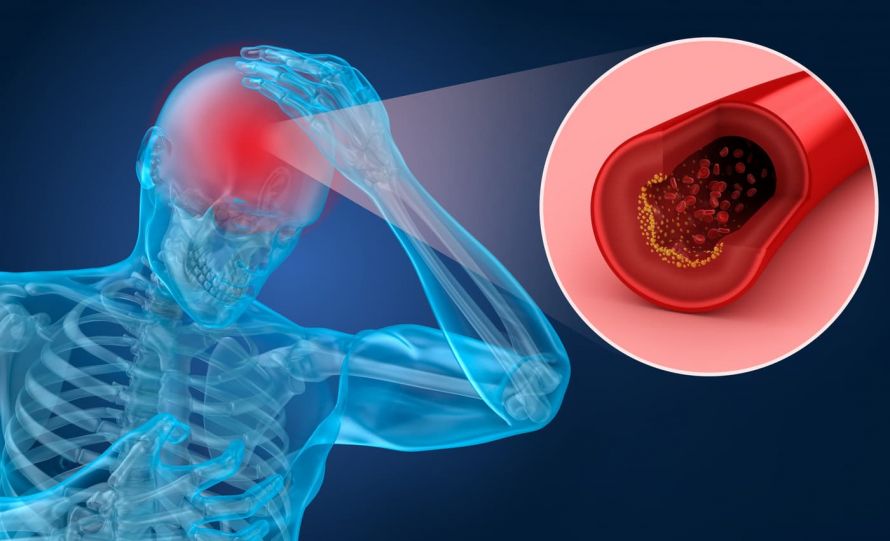 Depending on the severity of the symptoms, doctors differentiate between four different stages of PAD:

At stage III and IV there is an immediate risk of amputation. 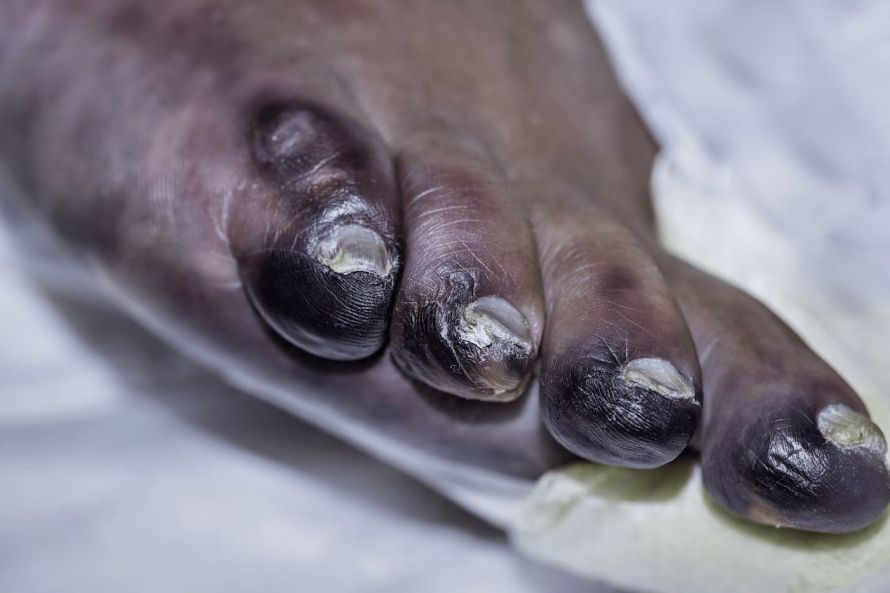 In its latter stages, PAD can cause severe complications such as tissue death (called necrosis or gangrene) in the lower extremities © DOUGLAS | AdobeStock

If PAD is suspected, a doctor can conduct a series of tests in order to make a diagnosis. Examples of these tests include 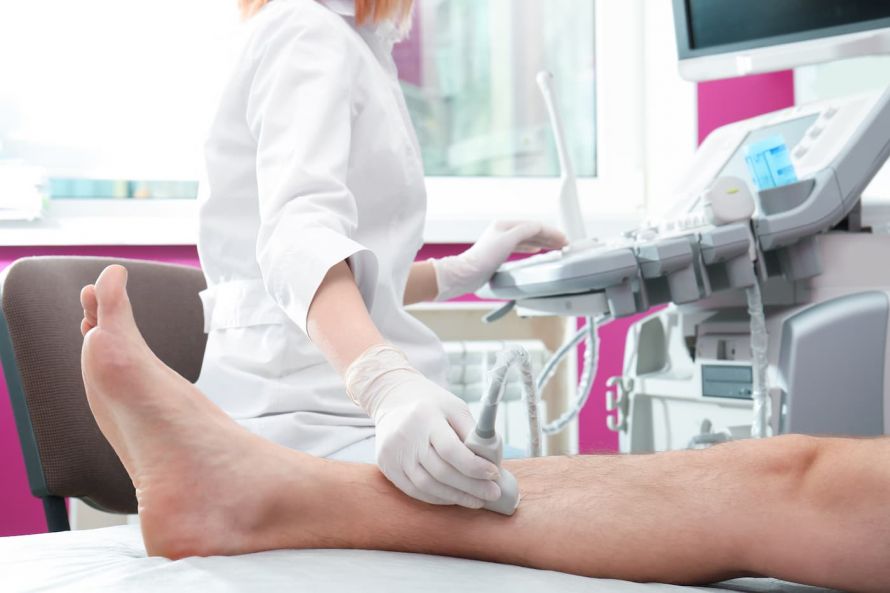 The doctor will choose a treatment method depending on the stage of the patient’s PAD. Next, all risk factors must be addressed. This may include giving up nicotine and controlling the blood pressure. Controlled walk-training can also improve symptoms.

For the treatment of PAD, each stage of this condition requires various therapeutic methods including, among other things,

For drug therapy, doctors can prescribe anticoagulants or active ingredients such as acetylsalicylic acid. Surgical options like a vascular bypass operation can only be carried out in later stages of the disease.

The following video shows how a blood vessel is dilated with stents:

Advanced atherosclerosis and therefore PAD is irreversible. However, by beginning treatment early, one can slow down or even entirely stop the progression of the disease. For a good prognosis, the cooperation of the patient is the most important factor. To eliminate risk factors, patients should, among other things,

Because PAD is a disease of the blood vessels, experts in the fields of angiology and vascular surgery usually handle its treatment.

Specialists within these two fields are able to use the examination methods listed above to assess whether symptoms are caused by PAD, where the problem areas are, and how circulation can best be restored. Vascular surgeons have the largest spectrum of treatment options, which includes not only conservative treatment methods, but also endovascular methods (like balloon catheters or stents) and open vascular surgeries.

You can find more information about these treatment options here.