Expert in tumour immunology in Cologne

As an initiator of the IOZK, Dr Wilfried Stücker has made a major contribution to the use of immunotherapy for treating cancer and has therefore created important innovation in modern medicine. Also an expert in translational oncology, he demonstrates that the interface between research and practice is of huge importance. Individual IOZK immunotherapy is seen as a pioneering solution in the fight against cancer, which has also been proven by the centre’s receipt of the 2020 German Medical Award. 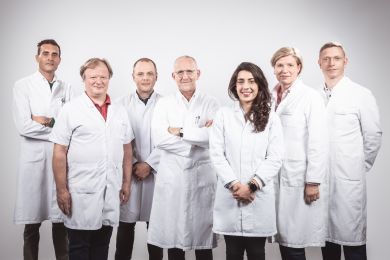 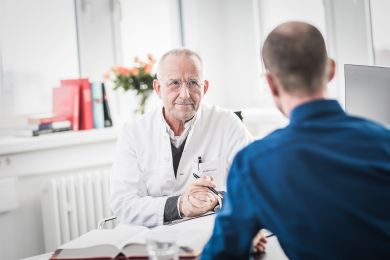 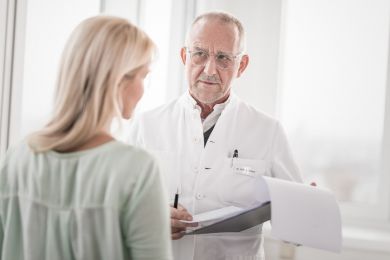 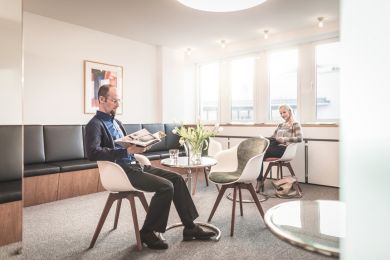 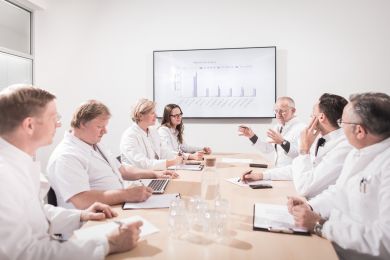 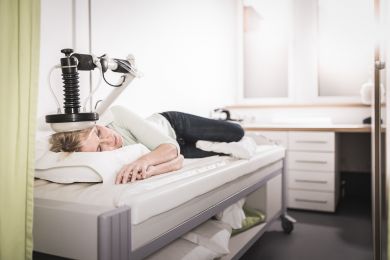 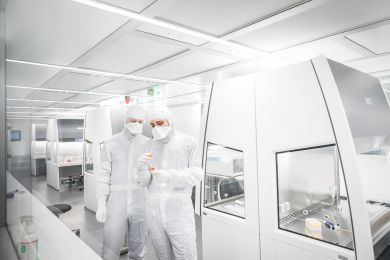 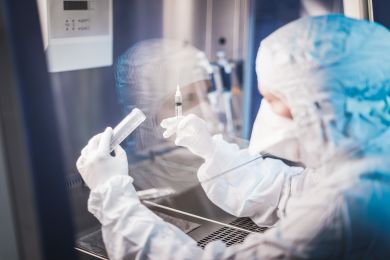 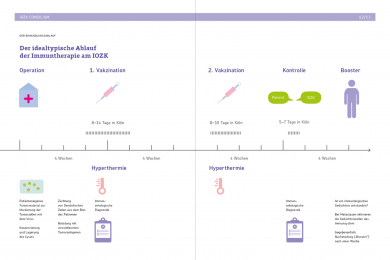 Research relating to cancer treatment has been one of the fields of modern medicine that has undergone the most rapid development in recent years and this also includes the development of personalised tumour vaccines. Multiple Nobel prizes in the field of medicine have been awarded for immuno-oncological findings in recent years and global research in this field has become hugely significant. As experts in the field of immuno-oncology and translational oncology, Dr Stücker and his team are renowned scientists and doctors, in part thanks to their reputation for the pioneering role they play in personalised cancer treatment. Back in 1985, Dr Stücker was in charge of the foundation of what is now the Immune-Oncological Centre in Cologne. Over the past 20 years, more leading scientists in this field, such as Professor Volker Schirrmacher and Professor Stefaan Van Gool, have contributed to establishing the status of IOZK immunotherapy as a promising solution in the fight against cancer.

Cancer is still the king of diseases and treatment results for solid tumours in contrast with haematological cancers (leukaemia) are still far from satisfactory. Therefore, it is essential to look for more solutions and one of these potential solutions lies in utilising the power of the immune system.

The field of immuno-oncology is renowned for being a particularly innovative discipline of modern medicine. In actual fact, it was not that long ago that new findings were made in the field of cancer treatment that took the diverse interactions that exist between our immune system and cancer cells into consideration. We now know that the abilities of the body’s own defence system can also be used for cancer cells in the fight against cancer. In recent years in particular, cancer immunotherapy has been the subject of numerous research projects and studies and is considered to be one of the most promising fields of modern medicine.

However, the basic idea of using the human immune system as a tool to fight cancer cells is not new. As early as in the late 19th century, initial attempts were made to get the body to fight pathogens and damaged cells itself. Even just having this idea generated hope back then and yet it has taken until the 21st century to make key breakthroughs.

Expert in immuno-oncology: An important pioneer from the very start

In 1985, Dr Wilfried Stücker was one of the experts who founded what is now the Immune-Oncological Centre in Cologne (IOZK). The idea of developing individual cancer treatment plans by the targeted activation of the immune system still sounded futuristic in Germany at that time. Back then, there were already lots of doctors and scientists working on researching the role that the immune system can play with regard to tumours on an international basis.

As part of the team, Dr Stücker developed IOZK immunotherapy and, with impressive consistency and a great deal of initiative, established the treatment centre, which also benefits from having its own laboratories. When official manufacturing authorisation was finally provided in Europe for a patient-specific tumour vaccine in combination with viruses, the IOZK was the subject of much attention from the specialist field thanks to this step in tumour immunology. The Cologne-based researchers used the composition of their patients’ tumours to get information about the tumour.

At the IOZK, attempts to isolate precursor cells from a blood sample and manufacture endogenous dendritic cells, which are highly-specialised cells that initiate and regulate antigen-specific immune responses, from this were successful. In turn, these cells pass on the information about the composition of the tumour cells to the immune system, after which they were loaded with tumour antigens in combination with oncolytic viruses.

IOZK immunotherapy: many benefits for patients

As part of the treatment process, the Newcastle Disease Virus is used and this virus only infects the tumour cells in the human body. This avian virus is not dangerous to humans. The interesting aspect is that, due to this type of infection, the immune system can distinguish cancer cells from healthy cells and the cancer cells are classified as dangerous. This happens at exactly the right time because it is only at this point that the immune response against the tumour cells, which the body previously saw as being endogenous, can be initiated.

Two cycles are carried out with the vaccine which has been developed in-house and is called IO-VAC®. This innovative treatment option for cancer is entirely individual: with this personalised treatment, the patient’s starting point can be precisely coordinated with the current tumour situation using immune diagnostics. During both vaccine cycles, the immune system is supported using the loco-regional hyperthermia procedure. The tumour tissue is placed under stress on a very precise basis using an electrical field and the artificially created overheating also activates the immune cells.

In principle, immuno-oncological treatment can be used with all solid types of cancer provided that tumour antigens are present in the patient’s body and the immune system is active. On a day-to-day basis at the Cologne-based practice, breast cancer, ovarian cancer and uterine cancer are treated using this method and it is also used to combat lung cancer, pancreatic cancer or liver cancer. In urology, prostate cancer, kidney cancer and bladder cancer have already been treated with IOZK immunotherapy. Another field of speciality in which this treatment method is already demonstrating good progress is neuro-oncology. Many neurosurgeons hope that the findings from this Cologne-based immunological treatment of brain tumours will be the subject of more attention in the future. The findings from day-to-day practice operations are promising.

Another positive aspect is that IOZK immunotherapy can be used at any cancer stage. More recent findings prove something that Dr Stücker and his team had already believed to be the case for a long time: the earlier the treatment is carried out in the course of the disease, the better the long-term results. The course of the disease can be slowed significantly, even for advanced tumours. The IOZK proved that the combination of the immuno-oncological treatment concept with standard treatments can be more effective in individual treatment regimes.

The specific effect of the innovative immunotherapy is also positive: only the cell structures that need to be destroyed are attacked. This is associated with another benefit: patients who meet the prerequisites for treatment at the IOZK are not faced with any severe side effects, unlike with chemotherapy or radiation therapy. In individual cases, patients may experience a flu-like infection but that’s it. As such, patients and their relatives are given hope of being able to survive their cancer without long-term consequences from the treatment method.

Another aspect that makes the innovative IOZK treatment stand out is that a significant proportion of the “informed” immunocytes go into the bone marrow and thus into the central blood formation site. The corresponding information is anchored there and this creates an immunological memory which has a long-term effect. Bone marrow with the best information can prevent the development of metastases on a long-term basis and thus extend the effect of the poly-specific immunotherapy.

All the benefits of translational oncology are realised when a team of doctors caring for patients and experienced scientists work together on an interdisciplinary basis. That is because this discipline is all about ensuring that the findings from the world’s scientific laboratories are used to benefit patients as quickly as possible in the form of improved options in all diagnostic and treatment steps. Translational oncology relates to the interface between science and practice.

The holistic approach to immuno-oncology, which makes Dr Wilfried Stücker and his team stand out, includes another speciality: pharmaceutical biology. This discipline, which is also future-oriented, studies the biosynthesis of active ingredients in micro-organisms and practical implementation. The goal is to discover and shed light on new paths in medicine, e.g. for the manufacturing of new antibiotics, including using genetic engineering methods. The IOZK exclusively uses these findings in the field of immuno-oncology.

In this regard too, the entire team complies with the philosophy that always makes the Immune-Oncological Centre in Cologne stand out: the aim is to break down boundaries between science and specialties, invigorate discourse, take discourse to a new level and use this to develop new forms of treatment that meet the challenges of modern oncology. This is a very complex form of detailed work in which dedicated researchers and scientists from numerous disciplines need to work together cohesively in order to create innovative treatment methods on the basis of this interdisciplinary cooperation.

In the fight against cancer: Combination of treatment methods

From the very start, the IOZK team believed strongly in the multifaceted benefits of immunotherapy, primarily in comparison with the traditional alternatives. This is because tumour surgery, like chemotherapy and radiation therapy, is about destroying the tumour. The commonly used treatment methods are generally associated with severe side effects which also affect healthy cells and the immune system. However, using the patient’s own immune system and activating the immune system against the new growth of cancer cells provides significantly more long-term solutions in the fight against cancer. The concept is to effectively and strategically combine current treatment options with immunotherapy.

As such, it is clear that IOZK immunotherapy in combination with standard cancer treatment options will continue to be developed at a rapid pace. This is because the treatment successes are the primary motivation for doctors and scientists when it comes to continuing to develop the tested treatment methods. And even though the new developments have not yet become the treatment standard, the current feasible state of the art scientific options are made available for and used on patients suffering from cancer in Cologne. This is very exciting for lots of patients and their relatives: they and their conditions are the focus of medical findings and innovative treatment methods and they are thus at the forefront of innovation.